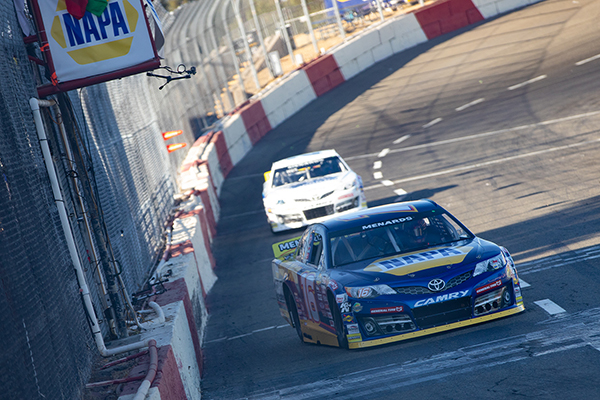 ROSEVILLE, Calif. (Dec. 29, 2020) – The first official on-track activity for the 2021 BMR Drivers Academy will take place on Jan. 8-9 with testing at the All American Speedway in Roseville, Calif. and seminars at Bill McAnally Racing. Seven talented drivers from across the United States have signed as of December 28 to take laps in 625 HP stock cars in preparations for the 2021 Academy season.

Each of the 14 Drivers Academy drivers this season will be matched with Bill McAnally Racing prepared stock cars. Drivers will utilize chassis components that are the same as ARCA and the NASCAR Camping World Truck Series. They will compete in 40 green flags across five tracks in 16 two-day sessions.

Events will be streamed live on SPEED SPORT TV. The points leader after rounds 14, 24, and 30 will earn the opportunity for a race in the ARCA Menards Series. Drivers that win race events in the Drivers Academy during the 2021 season will receive one entry per win, towards a drawing for an opportunity with BMR/MHR in the NASCAR Camping World Truck Series at Phoenix next November.

He will be joined by a trio of young West Coast drivers with extensive lineage in stock car racing. Third-generation driver Austin Herzog, age 18 out of Clovis, Calif. won the 2019 Nut Up Pro Late Model championship at Madera Speedway. Eric Nascimento, Jr., age 19 from Manteca, Calif., is the 2020 Stockton Late Model champion. 16-year-old Zachary Telford of Middleton, ID comes into the Academy with eight career Modified wins in the Advance Auto Parts series and a pair of ARCA Menards Series West top-tens in three starts.

The other side of the country will be represented well including 18-year-old Zachary Tinkle from Speedway, IN. Tinkle scored four top-ten finishes in the CRA Jegs All-Stars Tour in 2020. Yuven Sundaramoorthy from Delafield, WI is a 17-year-old karting and formula standout, earning ten top-ten finishes in the 2020 USF2000 championship on the Road to Indy platform. 16-year-old William Robusto of Fort Mill, SC rounds out the official test participants after graduating from a successful career in INEX Legends cars.

Drivers will convene at Bill McAnally Racing in Roseville on January 8th for an open house and seminars, before on track activity at nearby All American Speedway that afternoon. The program continues on Saturday January 9th with the BMR shop sessions beginning at 10am before another three hours of practice time.

Program costs and additional details are available at www.BMRDriversAcademy.com The planned schedule begins in March and ends in October. For more information about Bill McAnally Racing, visit www.BMRNAPARacing.com