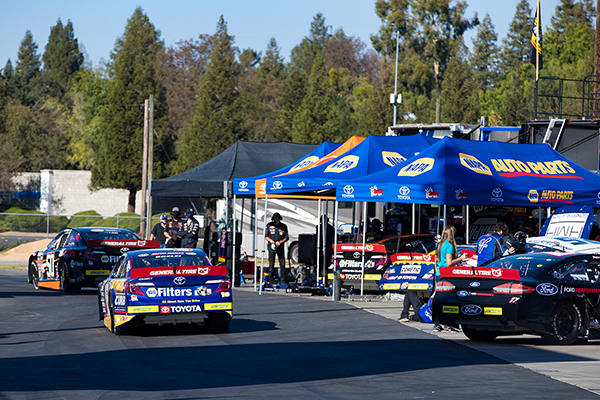 ROSEVILLE, Calif. (Dec. 30, 2020) – A total of 11 drivers will participate in the first testing session for the 2021 BMR Drivers Academy slated for Jan. 8-9 at All American Speedway in Roseville, Calif. with seminars at Bill McAnally Racing. The four names added to the lineup add additional wins and championships to an already accomplished roster of drivers.

Although the on-track slots have been filled, the seminars, open house, and viewing of the practice session will be made available to interested participants in the upcoming series. Drivers may contact Kim Brown at kbrown@bmrnapa.com to RSVP.

Colby Potts is a 26-year-old second-generation driver from Stockton, Calif. who has extensive Late Model experience under his belt. He becomes the senior member of this testing class.

A pair of Jr. Late Model graduates will be participating in the test with 14-year-old Bradley Erickson of Phoenix, Ariz. and 13-year-old Jake Bollman of Huntington Beach, Calif. Erickson won the 2020 51FIFTY Jr. Late Model championship at Madera Speedway on the strength of five wins, then added a victory in his Open Pro Late Model debut at the Turkey Triple Open in November. Bollman finished fourth in this year’s Jr. Late Model standings with a trio of podium finishes and added fifth in the national INEX Young Lions Legends standings as well.

Alabama’s Jolynn (JoJo) Wilkinson is another second-generation driver heading to California and has several victories in Pro Late Models and dirt karts on the 16-year-old’s resume.

Drivers will convene at Bill McAnally Racing in Roseville on January 8th for an open house and seminars, before on track activity at nearby All American Speedway that afternoon. The program continues on Saturday January 9th with the BMR shop sessions beginning at 10am before another three hours of practice time.

Program costs and additional details are available at www.BMRDriversAcademy.com The planned schedule begins in March and ends in October. For more information about Bill McAnally Racing, visit www.BMRNAPARacing.com