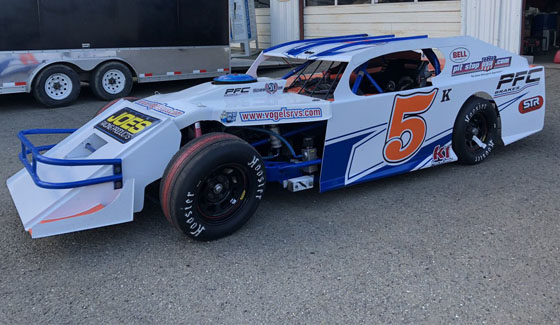 ROSEVILLE, Calif. (December 20, 2019) – All American Speedway powered by Roseville Toyota will host the Spears Manufacturing Modified Series on May 16th, in the first-ever appearance for the tour in Roseville.

The Spears Manufacturing Modifieds will be paired with the SPEARS SRL Southwest Tour along with NASCAR Late Models, Super Stocks, F4s, Jr. Late Models, and Mini Cups vs. Bandoleros for an outstanding slate of racing on May 16th.

The event is one of six events in 2020 where the Spears Manufacturing Modified Series presented by Lucas Oil and the SPEARS Southwest Tour Series will be competing on the same weekend at the same event. All nine Spears Modifieds races will be nationally televised on MAVTV in 2020.

For 2020, the Spears Manufacturing Modified Series will switch to the ever-popular Hoosier 970 as well.

The ‘SPEARS Frequent Flyer Program’ will increase in 2020, where the bonus money (tow money) will be awarded to teams who run consecutive series events. Teams get on the program by running consecutive races and stay on the program until they miss a race. A team may get back on the bonus program by simply running consecutive races. The minimum start money for teams on the Frequent Flyer Program will be $700, up from $600 in 2019.

For more information for to https://www.spearsmodifiedseries.com