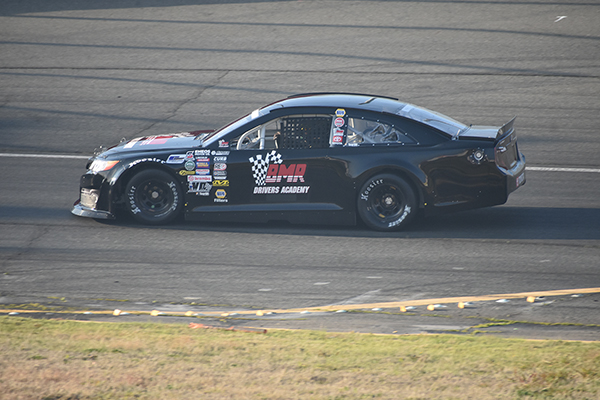 The Academy season will culminate with opportunities in ARCA and the NASCAR Camping World Truck Series for race winners and series points leaders.

The first three signees for a planned roster of 14 full-time drivers have been confirmed as well. Cole Moore of Granite Bay, Calif., David Smith of Sidney, British Columbia, Canada, and Amber Balcaen of Winnipeg, Manitoba, Canada are set to join a roster of drivers that includes standouts from grassroots motorsports across North America.

Moore will compete on the circuit after winning the 2020 All American Speedway Late Model championship and the 2019 SPEARS SRL Southwest Tour crown. Smith is a prostate cancer survivor and racer who is a 2011 Victoria Auto Racing Hall of Fame inductee. Balcaen is the first Canadian female to win a NASCAR sanctioned race in the United States.

Drivers will compete in full-sized stock cars utilizing a 625-horsepower NASCAR Yates Spec Engine and the same chassis components as ARCA and the NASCAR Truck Series. Races will be streamed live to a worldwide audience via SPEED SPORT TV.

After races 14, 24, and 30, the points leader will be awarded an opportunity in a Bill McAnally Racing Toyota for a 2021 ARCA event. Drivers that win race events in the Drivers Academy during the season will receive one entry per win, towards a drawing for an opportunity with BMR/MHR in the NASCAR Camping World Truck Series at Phoenix in November.

At season start, all drivers will participate in a drawing to determine their choice of race cars for the season. Drivers will be guided by a crew chief/spotter who has experience as a proven winner. After eight race events a redraw of crew chief/spotter will occur, giving drivers opportunities to have a different perspective. If a participant reaches six victories, their car becomes eligible for exchange.

Primary car inventory including hood, quarter panels, color scheme, number, and font can be utilized by academy participants for their supporters and sponsors, after approval by the Academy.

BMR Drivers Academy is being presented by Toyota/TRD. All series cars will compete on Hoosier Racing Tires with Brembo Brakes, G-Force Transmissions, and Racing Electronics communications. 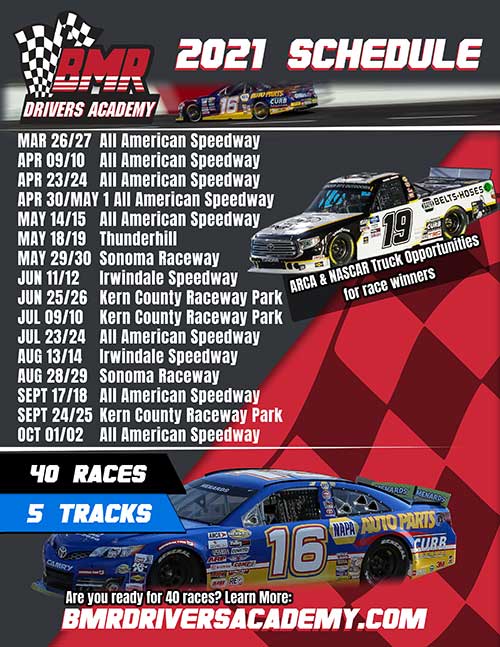