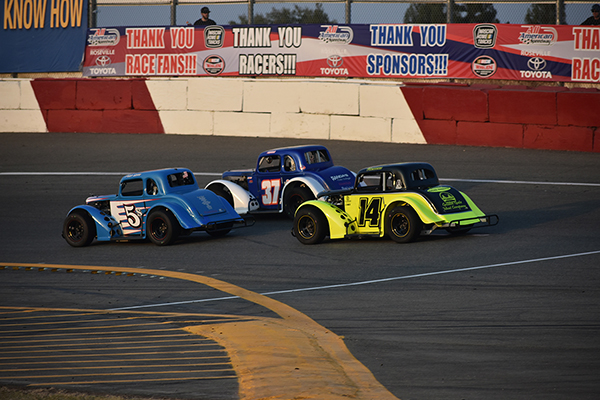 ROSEVILLE, Calif. (August 9, 2022) – The Legends Tour Series will return to Roseville’s All American Speedway on October 1, competing for the first time since 2019 at the one-third mile during the ARCA Menards Series West NAPA AutoCare 150. The race will also serve as a regional qualifier event. Photo by Don Thompson

A 35-lap feature will be held before the large fan count that the NAPA 150 attracts. Eight lap heat races and a 15-lap B-Main are also scheduled. The night serves as the championship finales for the track’s Modifieds, Super Stocks, F4s, and Mini Cup/INEX Bando divisions as well. FloRacing.com will have live coverage of the night’s action.

“We are thrilled to be working with Bill McAnally to return to Roseville for the famed NAPA 150,” Aaron Coonfield of Legends Tour Series said. “Our competitors ask us about returning to Roseville all the time. We can’t wait to put on a show for the fans!”

The 2022 Legends Tour Series has five different winners in six races with Cody Winchel serving as the only repeat victor, taking wins at Stockton in March and Ukiah in July. Other winners have been Cameron Austin, Brendan Ruzbarsky, Robby Czub, and most recently Jake Bollman in a MAVTV-televised race at Madera Speedway on July 30.

All American Speedway will host its championship finales for the NASCAR Berco Redwood Late Models and Jr. Late Models during its next race on September 10th! Foothills Tow Modifieds, Riebes Auto Parts Super Stocks, F4s, and Mini Cup/Bando will also be in action.