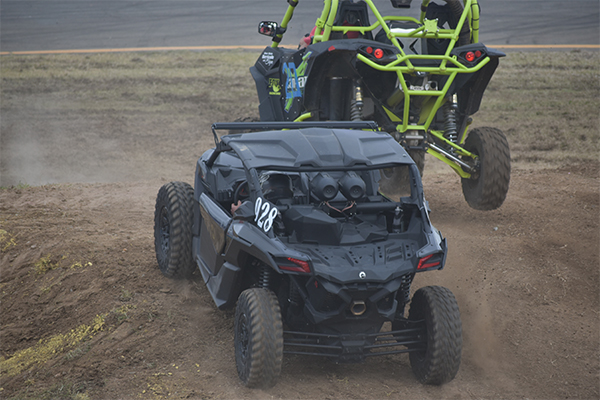 ROSEVILLE, CALIF. (March 18, 2021) – UTV Racing will fly at the All American Speedway in 2021 as officials have announced a four race championship season for the popular off-road vehicles. UTVs will compete on an infield stadium course on NASCAR Advance Auto Parts Weekly Series nights on April 10, August 14 and September 11. The championship finale will take place during the Malicious Monster Truck Tour event on October 23.

The only cost to compete will be the cost of a driver and his crew’s pit passes, priced at $40 for a NASCAR member and $50 for a non-NASCAR member. A basic rules package opens the division up to a variety of UTV machinery, equalized by the tight confines of the course. UTVs made a splash in October of 2019 with 14 competitors competing in front of 3,000 fans in Roseville. A full season was planned in 2020 before Coronavirus restrictions placed the series on hiatus. More than 20 drivers expressed interest in the inaugural championship season before it was canceled.

Drivers will participate in late afternoon heat races, with their finishing position determining the lineup for the main event at the end of the evening.

The 2021 season for the All American Speedway begins on March 27 with NASCAR Advance Auto Parts Weekly Series racing for Late Models with Twin Main events plus Modifieds, Super Stocks, F4s, Jr. Late Models, and Mini Cup/Bando. The BMR Drivers Academy will also debut over the weekend. Action will be streamed live to www.AllAmericanSpeedway.TV Spectator admission will not be available but is expected in future events.

Rules and competition registration forms are available now for the 2021 season by visiting www.AllAmericanSpeedway.com 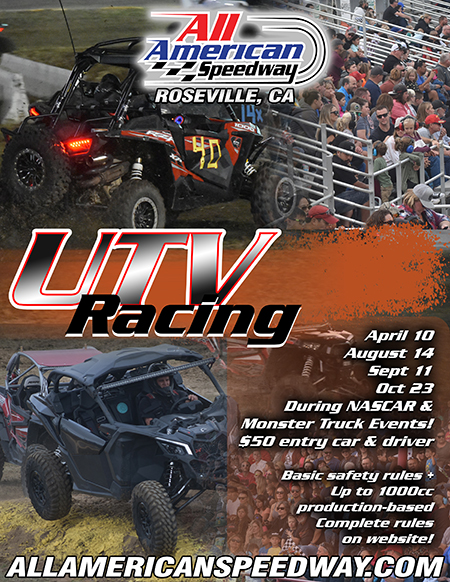