The exciting partnership will be highlighted by cash prizes for competitors in the Division 1 Late Model class.

Harvick started his racing career in Bakersfield, California at the famed Mesa Marin Raceway, honing his skills in NASCAR Late Models before transitioning to the NASCAR K&N Pro Series West, and NASCAR Gander Outdoors Truck Series to further his development. Harvick has become a major advocate for the grassroots of NASCAR and has leant his experience, notoriety, and financial backing to assist racing at the local levels.

All American Speedway’s racers will benefit from the national attention that a NASCAR grassroots program provides them. The KHI Management contingency is one of many special contingencies being planned in 2019 by race track promoter Bill McAnally, who also started his career in the grassroots of Street Stock and Late Model racing at Roseville’s third-mile track.

“Someone like Kevin, who rose up the ladder of NASCAR racing from the weekly track level up to Cup champion, stepping up and helping give back to local grassroots racing – it speaks volumes,” McAnally said. “It shows an understanding of the value that the weekly tracks play to make NASCAR what it is.”

The 2019 All American Speedway powered by Roseville Toyota schedule begins with Open Practices on March 23 and March 30. A tech day rounds out pre-season activities on April 6, before the season opener on April 13. Opening Night promises to be one of the most exciting in many years for the historic facility with eight main events scheduled. Weekly track championship battles will run until Nov. 2, with the Championship Awards Gala rounding out festivities during the winter. 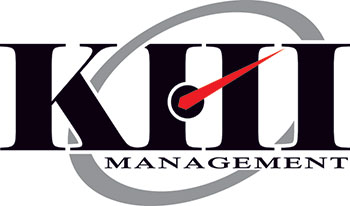