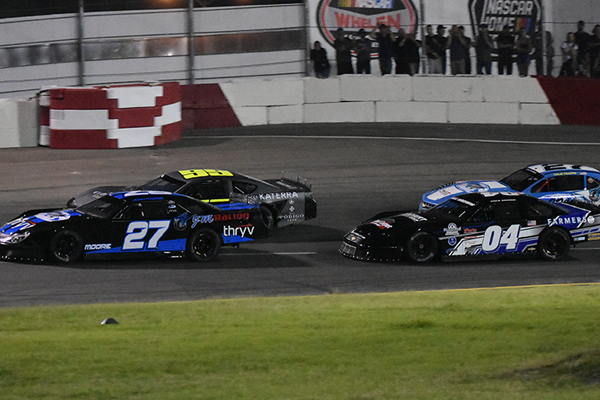 ROSEVILLE, Calif. (December 11, 2019) – All American Speedway powered by Roseville Toyota has announced the schedule for its 66th year of racing competition, located @the Grounds in Roseville, Calif. The second full season of NASCAR competition under the tutelage of Bill McAnally Racing Promotions will present 14 nights of competition.

One of the most hotly contested races in 2019 was the SPEARS SRL Southwest Tour 127. The SRL returns on May 16 and September 26, each carrying special bonuses that push the posted awards above $30,000. A full slate of weekly racing competition will be featured each SRL night as well.

On October 10 the NAPA Auto Parts/Toyota 150 will feature the nationally-televised ARCA Menards Series West, formerly the NASCAR K&N Pro Series, West. Drivers will be battling for over $100,000 in awards including championships on the line in each of the six weekly divisions.

UTV racing returns after a tremendous debut this season, with four races scheduled for a 2020 championship series. UTVs will be action on a special infield course on May 2, July 18, August 29, and October 17. The popular Trailer Bash division returns for a five-race points series. Metal grinding excitement hits the track during the season opener on April 11, followed by appearances on July 11, August 1, September 12, and October 24.

Enduro racing will be a big part of the 2020 season with a pair of races scheduled. All American Speedway will celebrate the end of summer with the Back to School Bash on August 15, featuring Enduro racing plus kids UTV racing and Mini Cups vs. Bandoleros. Special school themed activities and school participation will be a featured part of the event. Pumpkin Smash Enduro closes the season on October 24 with pumpkin guts and soapy water all over the speedway. The final trailer bash of the year will close the evening as well.

October’s Month of Mayhem includes the Malicious Monster Truck Tour for two shows on October 17 with a matinee at 2pm and an evening show at 6pm. Megasaurus will be making his Roseville debut while the UTVs will be staging their season finale as well.

All American Speedway powered by Roseville Toyota will celebrate its 2019 track champions on January 18th, 2020 @the Grounds in Roseville. The Championship Awards Gala will honor drivers from all six weekly racing divisions at the NASCAR-sanctioned track. Special guest Larry McReynolds will be the Master of Ceremonies and will be joined by other special guests still to be announced.

All told, more than 40 awards will be handed out with cocktail attire suggested for this special gala. Purchase of ticket includes reserved table seating and a catered dinner by Randy Peters Catering.

Tickets are available by visiting www.AllAmericanSpeedway.com Prices are $45 until January 7th and increase to $55 available until January 14th. Tables for ten are available for $400.00, before taxes and fees. Doors open at 5:30pm. Door and raffle prizes will be offered along with a no host bar provided by @the Grounds.